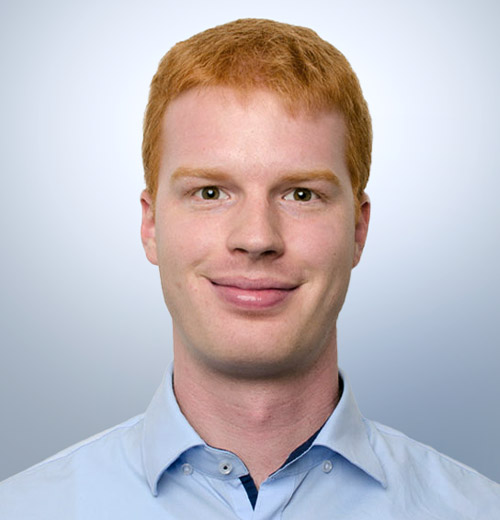 Professor David Miller uses MobLab in his intermediate microeconomics course at University of Michigan. We had a chance to sit down with him this past semester to dicuss the changes he's made to the course with increased enrollment, 150 to now 400, as well how he got his start in economics.

Q: Can you tell us a bit more about yourself, your background, and how you became interested in economics?

A: As a freshman, I started out interested in everything. I was very concerned about environmental issues, so I chose to major in environmental science and public policy. I got to take a lot of econ classes, but also science and political science courses. After graduation, I started working in environmental policy consulting and felt like I had more to say on the economics side of things. I always had a feeling to go to graduate school someday, but I was not sure in what field right after I graduated from college. But a few years later, I was sure it was going to be economics.

I got my first dose of game theory when I started my Ph.D. program at Stanford, and I just thought it was absolutely fascinating. I fell in love with the game theory portion of our first-year curriculum. The instructor was Doug Bernheim, a terrific teacher. What really captivated me was the way game theory approaches the world and economic problems. I immediately felt that this is the right fit for me, and I decided that I was not going to do environmental economics anymore.

Q: Can you name us a few practical applications of Game Theory based on your experience in environmental consulting?

A: Game theory can be very abstract. You would be surprised how many people think game theory is about video games. Yet, because it is abstract, almost anything can fit into it. We can take any classical economic problem, as long as there is more than just one individual decision being involved and re-write that model in a way that can be analyzed like a game. Anything from auctions, common resources, voluntary contributions to public goods, elections, markets, sports, etc. For example, in a competitive market for a certain good, where consumers are price takers, we could re-write this as a game where each firm needs to decide what price they charge or what quantity to produce. There are many different ways to write this from a game theoretic perspective. For example, the decision-making process of the firms can either be modeled as simultaneous or sequential, furthermore, are the firms able/allowed to talk to each other or not, etc. Each of these game-theoretic models allows us to make predictions of what decisions a rational firm is going to make.

I also like to teach public goods using game theory. We can identify the Nash equilibrium for what the individual contributions to a public good might be and contrast that with what is socially optimal. Then we have lemons markets; rather than based on prices and markets I prefer to teach it using a game theoretic approach as well. We can model it as a two-player game, where one player has more private information than the counterpart. Thereby, I can show my students how we get to re-use that same approach over and over again for all different kinds of economic topics. Hence, what the students learned when they were studying the prisoner’s dilemma is still relevant and useful when we cover markets. This universality of game theory is something that I really appreciate. Yes, it is abstract, but there are so many things that can fit into it that are not abstract.

Q: You are using MobLab to run interactive classroom experiments with the students of your Intermediate Microeconomics classes. Can you tell us a bit more about how the games, help students to apprehend complex economic concepts?

A: I used to teach Game Theory for many years, and before I used MobLab, I would do in-class games, sometimes with little slips of paper that we handed out. My TA would then have to collect all the responses and add things up in a spreadsheet. I had to come up with creative ways to do that. Later, I started using Google Forms which is a little bit more live, but you still have to evaluate everything on your own. So, when I started to teach Intermediate Micro with more than 400 students MobLab has proven to be very efficient.

MobLab allows me to include all my students simultaneously, and after the experiment, the results with detailed graphs and stats are immediately available to debrief them. You know, it’s one thing if students have a problem to solve where they are writing down e.g. the first order conditions, or are trying to find the best response strategy to find the Nash Equilibrium, and its another thing to have them actually play it with their classmates, enabling to see what it actually feels like as a participant. MobLab makes this active participation a lot easier. Students get a chance to interact with their classmates and see the game from the inside. Sometimes I throw them cold into a game that they are not familiar with, and then talk about it afterward and analyze it, and sometimes I will analyze it first, write down the model and find the equilibria, and then play the game and compare the results to the theoretic predictions. And I think both are useful. One thing that is especially useful to see is how sometimes we converge very close to the equilibrium without having any pre-knowledge on the theoretic predictions.

Let’s take the Keynesian beauty contest as an example:

All students are asked to guess a number between 0 and 100 and the person closest to the 2/3 of the average guess wins the game. The first or even the second time we play that game, we won’t be anywhere near the Nash Equilibrium. I have been running that game for years, a long time before MobLab in my Game Theory classes, and now I am doing it in my Intermediate Micro class. It is nice to see these level-k spikes. Usually, the level 1 spike is very clear, and often the level 2 spike is quite clear as well. If we play several iterations, we can see people sort of advance up the levels, sometimes one at a time, sometimes two at a time. That’s really exciting to observe and show to students.

Even though I don’t cover level-k reasoning in my Intermediate Micro class, the Keynesian beauty contest is still a great game to show students that the concept of Nash Equilibrium involves some strong assumptions. Everyone must have correct beliefs, and clearly, many people who play this game for the first or second time do not have correct beliefs. By participating in this game for several rounds, you might incorporate what you saw in the previous iteration into your beliefs for the next iteration. Thereby you see the sort of best response spikes as you advance up through level-k reasoning.

Experiments enable students to actively participate in the games complementary to analyzing them mathematically and perceive it as two different approaches to the same thing. Students are going to understand what they are analyzing better if they had to live through it in a classroom experiment. Furthermore, it’s fun, not just for me but also for the students. They appreciate the change of pace. The experiments break up the lecture format and provide a contrast to me just standing up there talking all the time. Sometimes it’s very helpful to say “OK, you have been listening to me lecturing for 25 minutes, now let’s step out of that and do something different.” They get their brains involved and stimulated by thinking about the subject from a different angle. Pedagogically, that’s a very good thing. And students think it’s fun. I think while they are learning about these topics, having some fun too, will help them learn it better, and be more enthusiastic when coming to class. Thereby MobLab helps with attendance. All of these are very good things.

Q: Do you incentivize students for participation in the MobLab activities, are they part of the final grade, or do you announce the top 10 participants after a game?

A: I do. I incentivize MobLab activities with bonus points. The bonus points correspond to the payoffs within a game. Sometimes I have an uncounted practice period, and sometimes I will just incentivize one round. I have the bonus points set up in my class so that they are an optional activity. They are not part of the curve, meaning that if someone else gets more bonus points than you do, that won’t hurt your grade. But you kind of have to be in class to get these bonus points for these activities. There are other activities that we have where you do not need to be in class. Or sometimes, when I have a question on an exam that I completely screw up, I will turn it into bonus points (laughs). I had to do that before - fortunately, not this term. So, bonus points are a nice way so that I can “print a little bit of money” and give it to the students. And I think it is important to incentivize it. I definitely take the economist’s view of it: If you are not incentivizing it, it could be that, you know, people are just screwing around just pressing buttons, and that makes it harder to interpret the results. If it is incentivized, we have a hope of interpreting this as strategic behavior.

Q: My last question is what advice would you give to a new instructor who is using Moblab for the first time?

A: I started sort of from what I wanted to teach and then went hunting through the library to see what MobLab games there are. In some cases, I used the customizable Matrix Form Game, which has worked terrifically well. The second thing is, find a way to incentivize it. I think that is important. The bonus point system I am using where there is no negative externality from someone earning a bonus point, allows me to set incentives corresponding to their payoffs, which I think is more fun than just giving points for participation.

Thank you very much for taking your time and answering our questions!

Would you like to learn more about our online economics games? Get in touch with our team. Click here to schedule a one-on-one demo meeting.