Hey! That's not fair ... Using the Ultimatum Game to Discuss Fairness, Rationality and Norms of Behavior 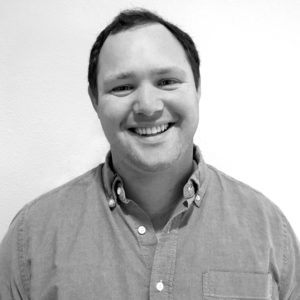 Doug Norton
Suppose we were in a crowded grocery store. The kind of crowded that happens the night before Thanksgiving. You've been waiting for what feels like hours to get to the third position. As the cashier slides the remaining items of the woman checking out I come bounding up from the back of the line and note to the gentleman in front of you, "I notice that you and I both have ten items." Then I make a proposition, "If I pay you $20 will you switch spots with me? Since we both have the same number of items nobody else behind you will be made worse off. This is a win-win deal." What would you say about the deal I was trying to make in front of you?

The thought experiment I started with in this post would be called "Pareto improving move." The man in front of you would be made better off and you would be no worse off. But, for many people they would feel worse off. Likely some feelings of unfairness well up. Maybe you're thinking, "There are rules to these things and everyone waits in line the same way. Who does this guy think he is?"

With MobLab online economics games and surveys, you can explore all kinds of issues related to fairness and norms of behavior. For example, in the Ultimatum Game there is a proposer and responder. The proposer decides how much of the pie (suppose it's $10) to split between himself and the responder. If the responder accepts the offered split goes through. If the responder rejects, then the proposer and responder both get zero. The standard theory predicted that the responder should accept any offer from the proposer greater than zero. But, low offers were frequently rejected (as is shown below). Why would someone rather reject and have zero than accept and have 2 out of the 10 dollars?

Issues of fairness, that many economists had not previously considered, were present in spades. And, the norm of fairness was so strong people were willing to incur a cost to punish others for violating it. In principles of economics, the game is useful in opening up conversations about rationality and what costs and benefits in decision-making include. For teaching intermediate microeconomics, it can lead to fruitful discussions of how to enrich the standard utility maximization model. In any class, it generates a lot of buzz and student debate.

Want to see how your students determine fairness? Get in touch with our team! We are eager to set up our economics games for your class!
Products
MobLab Classroom
Learning Analytics SaaS
Talent Optimization
MobLab Kids
Goalswell
Resources
MobLab Classroom Support
Contact Us
MobLab
About Us
Careers
Conferences
News
Follow us
Twitter
Facebook
YouTube
Linked-in
© 2023 MobLab Inc. All rights reserved.
|Privacy|Terms of Use|Site Map