Patrick Burke
In a recent blog post, we demonstrated the convenience of our Repeat function to easily modify and replay games. When replaying the games with variations, students experience how outcomes may differ (e.g., playing through a competitive market and repeating the same market with a price control). However, there are benefits to playing through several iterations of the same game over multiple rounds, and this can be done in a few simple steps!  In this blog post, we will cover two common cases where students can develop deeper learning by playing multiple rounds of a MobLab game.

1. Repeated Games - Game Theory
The first example would be repeated interactions in a game theory course. The classic Prisoner’s Dilemma is often used to illustrate the concept of Nash Equilibrium. As you played the one-shot game with your students, they discover that mutual defection is the dominant strategy. However, your students know that most interactions in life are not one-shot interactions. What if the two partners must interact over a long period of time, rather than one time in a static game?

To match students against the same opponent (or partner) over several rounds, MobLab’s configuration page for the Prisoner’s Dilemma gives instructors the option to select the number of ‘Minimum Rounds.’

Playing the prisoners' dilemma over multiple rounds gives insight into the actions and strategies of students. Did your students decide to cooperate in early rounds, only to defect in later rounds? How does this diverge from the Nash Equilibrium predicted outcome? 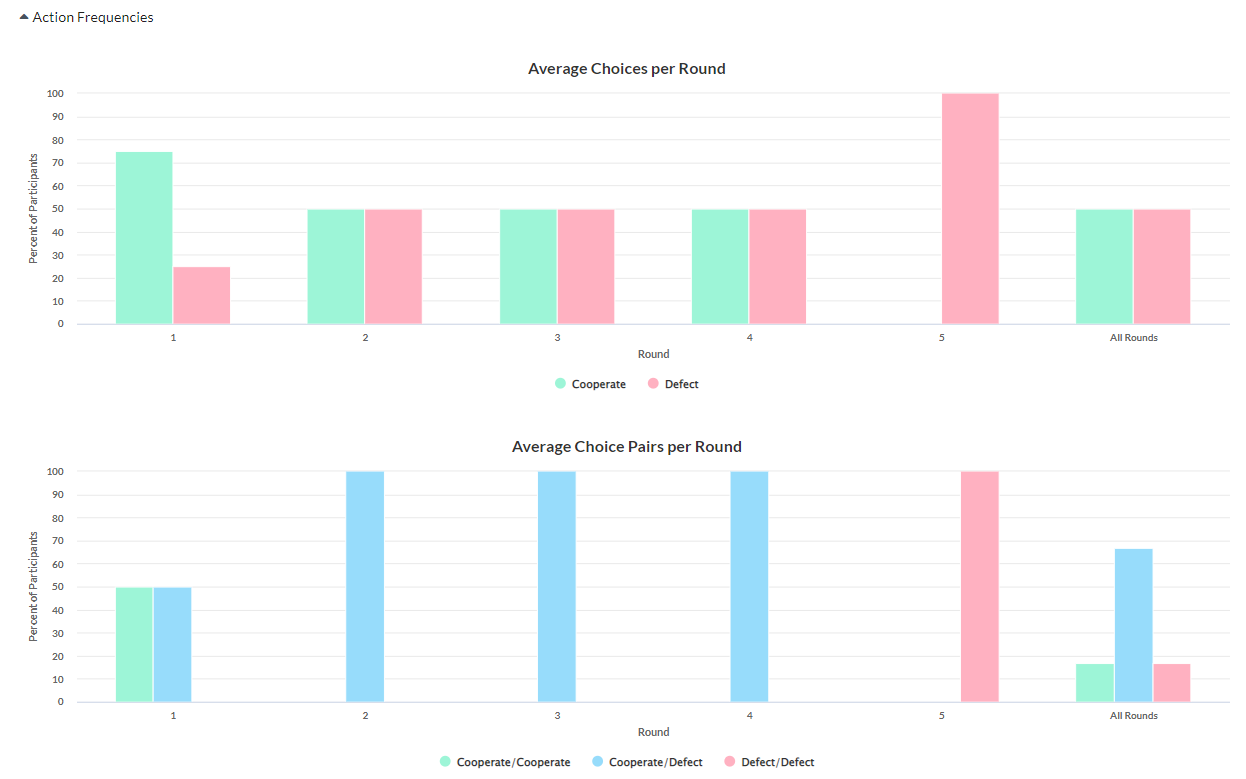 2. Repeated Games - Experiencing Different Roles in a Market
Another best practice for playing multiple rounds of one game is giving students the opportunity to experience different roles in a competitive market. MobLab’s Competitive Market game is a powerful and robust experiment that covers many foundational aspects of any economics course, with insightful results and graphical outputs.

There are two sides to every story, and in this game, there are two sides of every market: Demand (Buyers) and Supply (Sellers). When students experience both sides of the market, they develop a stronger understanding of the mechanisms at work. From the MobLab instructor console, you can set up a two-round game for students in which they Rotate Roles between the two rounds (Buyers become Sellers; Sellers become Buyers).

MobLab’s configuration page for the Competitive Market gives instructors the option to select the number of "total periods” and the “player role assignment in groups.” 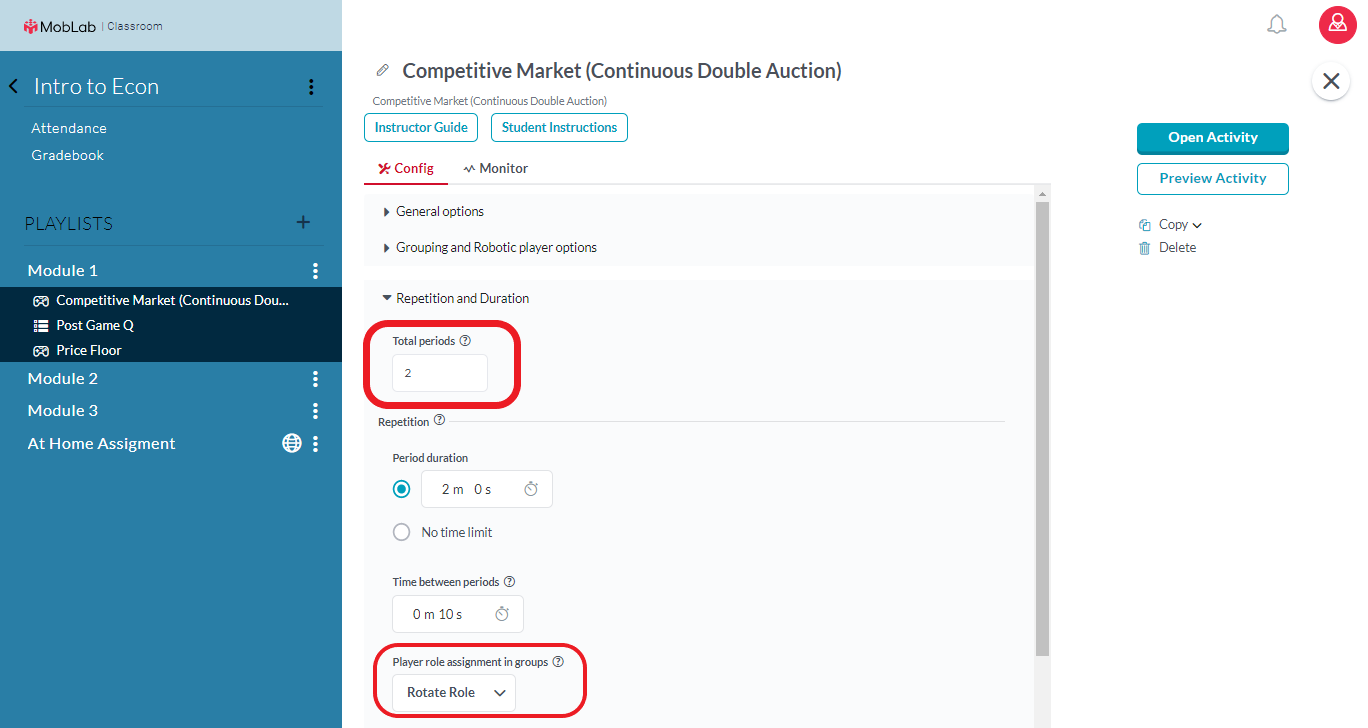 This game shows an instructor who has selected 2 periods with students rotating roles between.

Playing the game over multiple periods gives students the insight into decreasing marginal utility (Buyer), and increasing marginal costs (Seller). After the two rounds have finished, you can walk through the results in a sequential manner. On the top left of the results, toggle between the periods to get new outputs for reach round.

Use the Scoreboard function to reveal the students with the highest payoffs, and initiate conversation about their observations in the two rounds. As a seller, who were they competing against? Did their role as a buyer in the previous period affect their selling behavior in the last round? Sit back and watch your students discuss and engage!

Extra tip! Setting up multiple rounds of any MobLab game provides an opportunity for learning the mechanism of the game in the early rounds. Many instructors use the first round as a ‘practice round’ to become acquainted with the game screen, and the subsequent rounds as the point of debrief.

There you have it! Increasing the number of rounds played not only increases the fun, but it also gives instructors the flexibility to cover additional topics in one course with only a few keystrokes. By reducing the time and effort it would take an instructor to run a repeated game in class, we hope that repeated games become an integral part of the social science classroom.